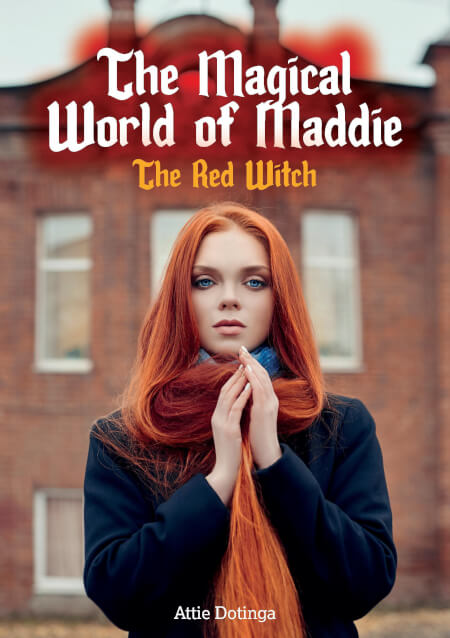 The Magical World of Maddie

Maddie sat in the library for a long time, thinking.
So long that Raven came back to look for her. It was now dark and without her seeing it, he moved his hand and lit the candles that were there.
‘Maddie?’
She was shocked when he said her name and looked up at him. Her gaze passed questioningly over him. She looked him up and down as if she were seeing him for the first time.
‘A witch?’ She asked.
Raven laughed with relief, her look had worried him for a moment.
He kind of nodded and sat down next to her. He took her hand.
‘More of a magician,’ he grumbled gently.
‘No juggling, but real magic?’
He heard the disbelief in her voice and grinned.
‘Yes, I can't deny that.’
‘That doesn't exist, does it?’ Maddie tried to understand clearly what she had been told.
He saw her struggle with it and it affected him more than he thought.
He understood it was a lot take in.
‘There are many forms of magic. Love is also a form of it, ‘he began explaining.
She looked at him with a frown between her eyebrows.
But he went on unperturbed.
‘Love between two people is not tangible, yet everyone believes it when two previously strange people become deeply connected.’ He looked at her.
‘Sometimes, before the storm hits, you can feel the electricity in the air. It then gives a headache, transmits the energy to build up, and then it is released, when it finally erupts. ‘She nodded again.
‘Ever seen a Danish Dog put his tail between his legs because the energy of a small dog was threatening to him? Happened without words, without sound? Only through the shift of invisible energy.’
She nodded and smiled.
‘That's how magic is. Invisible, present, and usable for some. It is a form of energy that you cannot see or touch, ‘he further explained.
‘Well, the latter is not entirely true,’ he corrected himself, ‘you can
get pretty hit by magic. Literally and figuratively.’
Maddie laughed at that imagery.
He could feel her relax again as he tuned in to her. ×