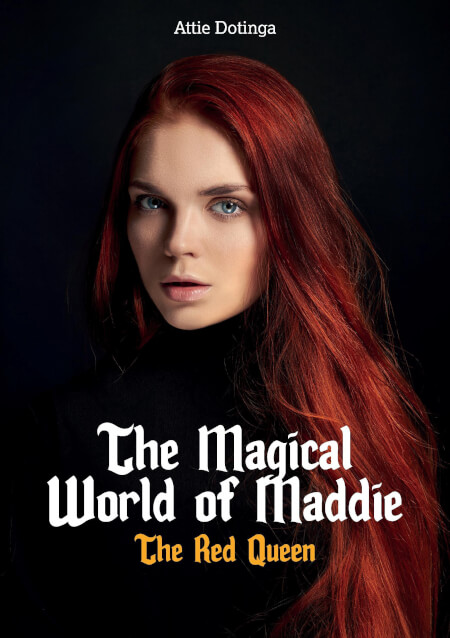 The Magical World of Maddie.

‘Are your protectors not there?’
A few hours later, Amy was suddenly standing in front of Maddie's bicycle with a false glint in her eyes. Maddie was just about to go home.
Maddie sighed. She got so tired of that kind of negativity. Sometimes it tickled her. She wanted so badly to use magic, but of course, she didn't. There was a group of girls who followed in the wake of the brave duo.
‘You don't really think the boys like you with your red hair, do you? They only hang out with you because you are so easy to get into a closet! ‘Amy spoke loudly when she saw the crowd.
Everyone giggled so that Amy had even more energy to continue with the attack. She suddenly pushed Maddie, who almost lost her balance as a result.
‘We don't want you here!’ she snapped then, ‘stay home or something!’
Margie's eyes twinkled angrily. She had to hold back not to use magic, she was a very short distance away from losing her self-control.
Jacqueline suddenly got involved again.
‘You are a witch with your ghost chatter, we don't want your kind here! Fuck off, go back to where you came from!’
‘Be careful,’ came Raven's deep voice suddenly, ‘she will enchant you soon.’
He worked his way through the group. Raven raged high above Maddie and the others, with his two meters. He leaned forward to kiss Maddie passionately. She saw the amused look in his bright blue eyes, he loved to shock others. And that's why she kissed him back just as violently. When his tongue played with hers, she felt her legs go soft.
‘She put a spell on me too,’ he said with a wink at Jacqueline.
He passionately kissed Maddie again to make his point clear. ‘That's why I can't get enough of her in the witch's nest.’
His hand slid under Maddie's shirt for a moment, stroking her back teasingly.
Amy's eyes moved enviously over his muscular body, her gaze moved to the arm around Maddie's shoulder.
‘You don't know what you're missing,’ Jacqueline began her flirtation.
Raven laughed his charming smile, put his finger under her chin.
‘But I know that, girl. I miss my Maddie when she's not there, her, kisses, her hands, her, well you understand me, don't you?’ he said, smiling.
He pulled Maddie with him, jumped on her bicycle, and waited until she sat safely on the back.
‘Have a nice weekend!’ he called to the group, ‘Don't do anything I wouldn't do!’ And he cycled off at a fast pace.
Maddie held him tight. She laughed in amusement.