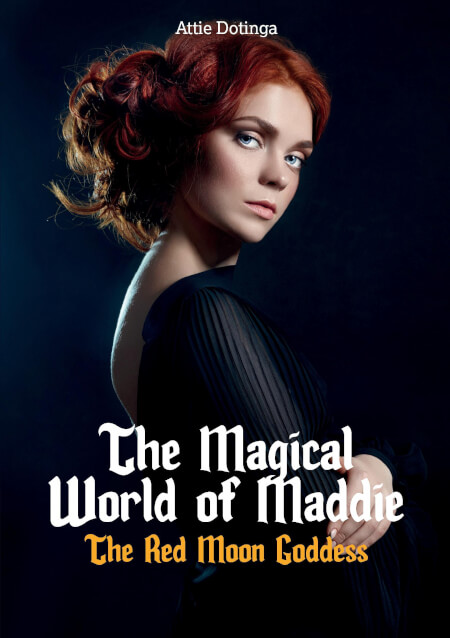 The Magical World of Maddie

Maddie appeared in the kitchen, brewing a cup of soothing herbal tea the old-fashioned way, without magic. She had never quarreled with Raven, least of all about making out.
It made her suspicious when things happened that were not normal. She had a strange feeling about it. No idea why, but she had to stay alert, feelings like that never came to her for no reason.
She threw the garden door opne to catchof that some fresh air. Nature always calmed her whether it was cold outside or not.
She stood outside looking at the house, that is how she felt the magical protection it offered. So whatever was going on, home protection still worked. Then it had to be something personal that made him so angry.
The black magic, for the purpose of harming someone, did not work in the house. So Raven could not have been affected by a spell.
Yet it had to be something like tha,t because otherwise, he would never react that way.
There was a ripple of thought in her forehead. What if it was something that awakened certain parts of him or something small,
something that seemed harmless, but then grew? Some kind of a seed? Could that have passed under the radar of the protectivespell?
Maddie put down her mug and walked inside.
She needed to speak to Wolf, maybe he knew.
She knocked on his bedroom door a moment later.
It took a while before he emerged. His hair was tousled, his look was sleepy
‘Sorry Wolf,’ she said, ‘but I just need your brain.’
He smiled flattered, pulled his robe closer around him.
He went downstairs with her, but when he saw that she wanted to sit in the garden, he thanked her, it was much too cold for that.
And so they sat down in the dining room, close to the fireplace.
‘It may sound far-fetched,’ she said, ‘but is it possible to cast a little spell that slightly shifts someone's character? One that is not immediately classified as a spell, is not recognized as magic. That it then grows into something great when it is fed? Some kind of seed maybe? ‘
He thought about it for a moment.
‘It is possible I think. Something similar happened with the crystal in Raven that grew more and more. How so?'
She hesitated for a moment, but also knew that secrets never paid off.
‘I just noticed something about Raven. He reacted completely out of his mind. He got angry because I didn't go into his advances right away. Not a bit annoyed, but really furious.’
‘That has never happened before?’ asked Wolf.
Maddie shook her head. ×