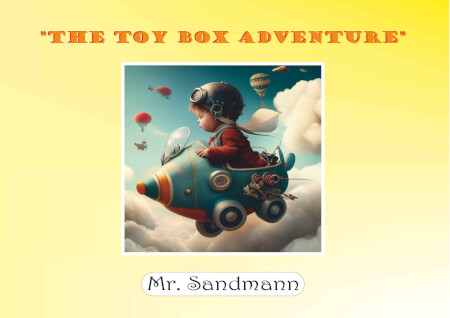 ...
Once upon a time, in a room so bright,
Lived a little boy, with toys that were out of sight.
He had cars that zoomed, and robots that beep,
But his favorite toy, was a small stuffed sheep.
One night, as he lay in bed,
He heard a noise, and raised his head.
He listened closely, and heard a creak,
And knew it was coming, from his toy box leak.
He got out of bed, and tiptoed near,
And opened the toy box, without a fear.
But to his surprise, he saw a light,
And knew that something, just wasn't right.
He reached inside, and pulled out his sheep,
And to his amazement, it spoke, "Come with me, let's leap."
The little boy, with excitement in his eyes,
Followed his sheep, into the toy box skies.
They flew through space, and landed on a star,
Where they met new toys, from near and far.
They had a race, with cars that zoomed,
And played hide and seek, with robots that boomed.
... ×