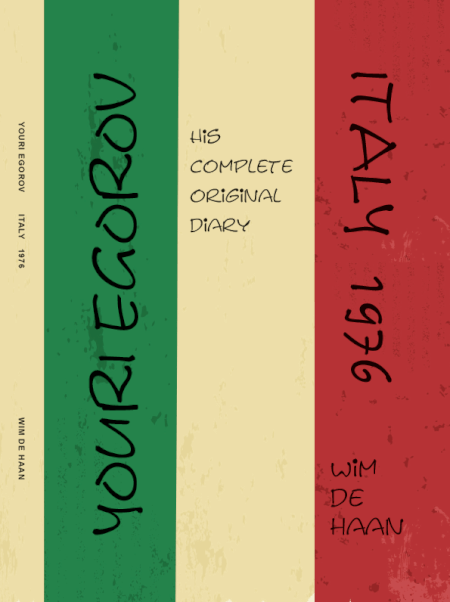 In May 1976 Youri Egorov was invited for two solo concerts in Italy, in Brescia and Bergamo.

The concerts were an initiative of Gosconcert*, a cultural exchange program between Russia and Italy. Youri was chosen by Yakov Zak and the Moscow Tchaikovsky Conservatory as Russia’s representative. Two concerts were scheduled: in Brescia on May 17, and in Bergamo on May 18. The concerts were part of the Festival Pianistico di Bergamo e Bercia: l’Ottava Rassegna Internazionale di
Musica Contemporanea.

However, Youri did not show up on the evening of the first concert, and due to his absence Carlo Levi Minzi had to fill in the first half of the concert (Debussy - Book II).

The disappearance of Youri Egorov was covered extensively in the Italian newspapers.

On May 18, 1976 Youri asked for political asylum in Rome. He stayed from May 19 to June 15 at the Abbey of Farfa, at that time a refugee camp near Rome.

Youri was then sent to Belgium by the Italian authorities. But when he got to Brussels he had nothing: no place to sleep, no money, nothing. Youri made contact with someone he knew from the Queen Elisabeth competition, who worked at the Palace for Fine Arts. This person gave Youri some money, and also food and drink. ×