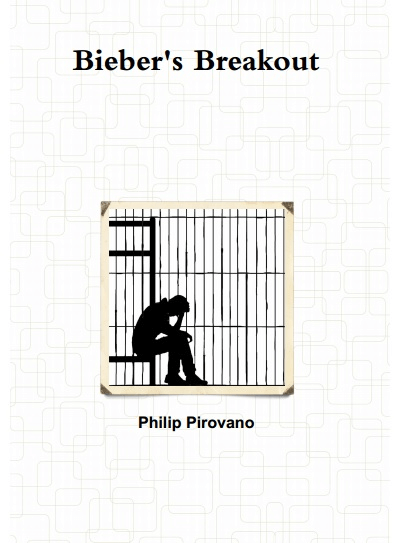 There fell a short silence while both men were gathering their thoughts.
‘What day is it today, it’s Wednesday right?’ Bieber asked doubtfully, ‘I’ve been in custody for a week now. Time goes by so fast.’
Why are you so restless, Bieber? You just have to sit it out for a while, if you’re lucky, you’ll be out of here in a month. That should be possible without too much trouble.’
‘Sit it out for a month? But I don’t have that long. It’ll happen in a couple of days,’ Bieber pondered.
‘What’s out there you need to be at so badly? Your hits and shows can wait a few weeks.’
Bieber hesitated but decided to trust Skinner. He sat down in front of Skinner’s bed.
‘There’s this girl, Selena Gomez. I got to know her at the Disney club and instantly knew she was special. She really helped me with my career, she’s part of the reason I became this famous. We fell in love when we were young and we made a nice couple. Unfortunately in the world of showbiz, it’s not easy to maintain a relationship. They’re pulling at you from every side; won't let me alone. When we were together it was perfect, sparks flying all over the place. The sex was indescribable. She is so beautiful, Skinner.’
Bieber stood up and lifted up his sleeve.
‘Look, this is her,’ he said as he showed Skinner the tattoo of a dark haired girl on his fore-arm.
‘Even as a tattoo she looks charming,’ Skinner said impressed.
‘Of course we have also our problems. Sometimes we don’t see each other for a long time and it’s easy to get distracted. You don’t always stay inside the lines. After every show they stand in line for me, Skinner. Literally hordes of pretty girls. A wise man once told me “you shouldn’t be a thief of your own dick” and I’ve taken that advice to the heart. But I always feel guilty afterwards. Selena doesn’t sit still if she’s without me; rumor has it she’s in a relationship. But that’s not for real, I know. Selena is too special to me, as I am to her. I’ve been realizing more and more that she’s the one I want to be with.’
‘But if you’re so good together, can’t she wait for you a couple of weeks? A pop star like you, that’ll work out fine. Especially now that you’ve done time in jail. It seems women find that very attractive. You’ll be her bad guy.'
Bieber walked up to the mirror and assumed the pose of a bodybuilder. He looked pretty pleased with himself.
‘You’d think so, wouldn’t you. But an angel like Selena, quickly catches the attention of sharks. And one in particular. Although I’d say he’s more like a dolphin than a shark, with his girly face. His name’s Orlando Bloom.’
‘Orlando? That sounds pretty gay,’ Skinner thought.
‘He’s shifty. A while ago he confronted me at a party. He was jealous ‘cause I was getting too close to his ex-wife. Now he wants to get back at me by making a pass at my girl. And we were fine, I had a quieter period coming up and would have time to visit her. In that case a guy like Bloom wouldn’t stand a chance. But this Saturday are the MTV awards. Selena’ll be there. And there’s always an afterparty, where all the celebrities will be. The craziest shit happens there.’
Bieber took a deep breath.
‘I’m gonna tell you a secret, Skinner. But not a word, you promise?’
He put his finger at his lips. Skinner raised his eyebrows, looked around him at the walls and the bars of the cell and looked back at Bieber.
‘I think I’ll manage.’
‘You know what I was going to do at the Awards? I wanted to ask my baby to marry me. At the afterparty, with everyone present. I already have the ring.’
Bieber looked at Skinner triumphantly.
‘And now you’re in here,’ Skinner answered rationally.
‘Now I’m in here, dammit. You know what’s even worse; I know that prick Bloom will be at the Award show. The afterparty gets pretty steamy sometimes. What if they have champagne, Skinner? My baby goes a little crazy when she has champagne. She’ll be dancing more loosely. She might even start twerking, who knows what that will lead to?! What if that Bloom finds a way to charm her and she goes home with that creep. That’ll be the end of it. I have to get to that Award show, my whole life depends on it!’
Bieber looked desperately at the bars of the cell door.
‘We have to break out, Skinner. And fast. You for your girl and me for mine.’

There you had it, break out! Joseph Skinner experienced an odd feeling in his stomach and he knew exactly what it meant. The last time he had felt like this was many years ago. It felt like butterflies, but not from falling in love, from the adrenaline rushing through his body. He had thought about it many times, had worked out several plans in his head, plans that certainly weren’t without chance of success. But he never had the courage to actually do it. And doing it alone would have been very difficult. But who had really been trustworthy in all that time? He had resolved to sit out his sentence and see whatever happened then. And now this boy walks into his cell and starts playing with his head.
‘Shhhh, you never say that word out loud. Break out, are you crazy? What if we get caught?’
‘So what, what have you got to lose? You might get a few smacks of the guards.’
‘When we do manage to get outside, who do you plan we get out of here? The nearest train station is 60 miles further. Hitching a ride in an orange jumpsuit isn’t gonna work.’
‘I’ll have someone pick us up.’
‘And what am I supposed to do out there? They’ll soon find me and I’ll be thrown back in jail, with an extra ten years.’
‘I have connections and money, a lot of money. Enough to get you on some Caribbean island for a new beginning, together with your daughter. If you find a way to get me out Skinner, I’ll take care of you once we’re out.’
‘A new beginning…’ Skinner mused. ‘But what about you? You’re too famous to hide.’
‘For me it’s all about safeguarding my love for Selena. After that, we’ll see. Maybe I need to do some more time, but I’d be a lot more relaxed about it.’
Skinner stood up and walked back and forth in the cell. While Bieber looked at him questioningly, Skinner pretended to mull over the proposal. But deep inside he already knew what he was going to say. This was an offer he could not refuse.
‘Fuck it, Bieber. Let’s do this.’
Bieber looked up and slapped his hands together.
‘Really?! You’re not shitting me? This is not the moment for jokes, Skinner. Are we really gonna do this?’
‘I’m serious. I’ve thought out the plan in the past, we just need to work out the details. It could go horribly wrong of course, with fatal consequences. But if we don’t try, we’ll never succeed. We’re gonna do this together. If we’re lucky, we can execute the plan in two days and we’ll be out at Friday. You’ll have precisely enough time to capture your girl’s heart at those Awards.’
Booyah!’ Bieber could hardly contain himself. ‘Tell me the plan.’
Skinner walked to the bars and looked down the hall. When he had assured himself that no one was listening, he turned to Bieber and started whispering: ‘Alright, listen up, it’s actually pretty simple…’ ×