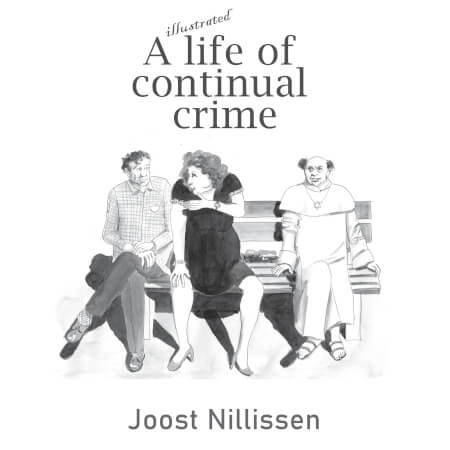 A life of continual crime

His very large hands stroked an alert little dachshund sitting on his lap. It was an eerie scene, but the one thing that struck me most was the clarity of Mr Schulz’s sole blue eye, the other being covered by an eye patch. The tiny giant next to me bowed deeply, indicating that I should do the same. I refused. The boss smiled.
‘Do you want to make a deal?’ he asked. ‘Would you like to make a few pfennig?’ The one-eyed undertaker, I suddenly realized, was of German descent.
‘Who wouldn’t?’ I replied.
‘You would have to start at the bottom,’ warned Schulz.
‘Makes sense.’
‘I’ll start you off as a courier for FNO-ETA.’
‘What does it mean?’ I asked, ‘FNO-ETA?’
‘Fear No One – Except Tony Awkward’
‘Who the fuck is Tony Awkward?’
‘Someone to be feared, although, if truth be told, I fear his wife even more.’
‘His wife?’
‘Grace O’Malley. She’s Irish.’ Siegfried Schultz raised his hands as if no further explanation was required. ‘What do you say? ‘I’ll start you off at two-hundred-and-fifty a week.’
‘You won’t be disappointed,’ I promised him.
‘Of course I won’t be disappointed,’ Schulz snarled, ‘you wouldn’t survive.’
I felt shivers running up and down my spine when I noticed that Schulz could simultaneously smile, snarl and blink his clear blue eye faster than the wings of a hummingbird.
‘Go see Giant in the next room. He’ll tell you what to do.’
Thus I was dismissed and forced into a life of continual crime. ×