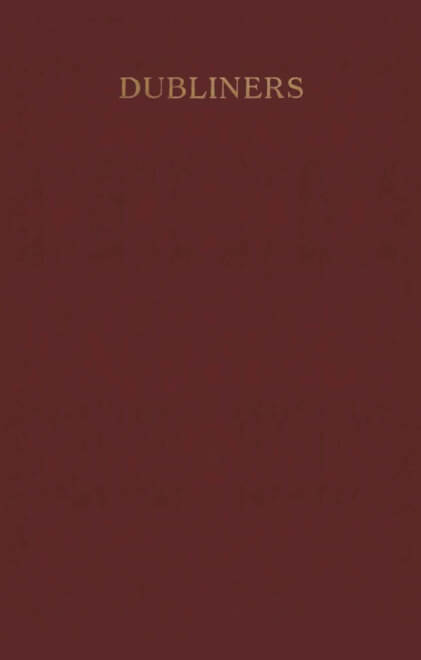 Dubliners was completed in 1907, but most British and Irish publishers and printers found this work of literature offensive and immoral, and it was suppressed for many years.
The book finally came out in London in 1914, just as James Joyce's Portrait of the Artist as a Young Man began to appear in the journal Egoist under the auspices of Ezra Pound.
These stories of Dublin life remained unpublished for more than seven years mainly because of British squeamishness.
Their vivid, tightly focused observations of the life of Dublin's middle class as well as their unconventional themes, natural language, and mention of actual people and places made publishers of the day reluctant to undertake sponsorship.
However, today these stories are admired for their intense and masterly dissection of Dublin's city life and for the economy and grace with which James Joyce invested this youthful fiction.
Revealing the truths and realities about Irish society in the early 20th century, Dubliners challenged the prevailing image of Dublin at the time.
As a group portrait made up of fifteen short stories about the inhabitants of James Joyce's native city, the author offers a subtle critique of his own town, imbuing the text with an underlying tone of tragedy.
Through his various characters he displays the complicated relationships, hardships and mundane details of everyday life and the desire for escape, that was a yearning that so closely mirrored his own life experience.
From the first story, The Sisters, illuminating a young boy's initial encounter with death, through the the final story in the collection, The Dead, that is considered a masterpiece of this literary form, these tales represent, as James Joyce himself explained, a chapter in the moral history of Ireland that would give the Irish people a good look at themselves.
The first three stories in Dubliners may be incidents from a draft of Portrait of the Artist, and many of the characters who figure in Ulysses made their first appearance in this work of literature, but this is not a book of interest only because of its relationship to James Joyce's personal life and mature work.
It is one of the greatest story collections in the English language and an unflinching, brilliant, often tragic portrait of early twentieth-century Dublin.
In the end the stories are not just about the Irish, they represent moments of revelation of identiity and spiritual liberation which is common to all people.
This work of literature is widely considered by critics and readers alike to be a work of outstanding literary skill. ×