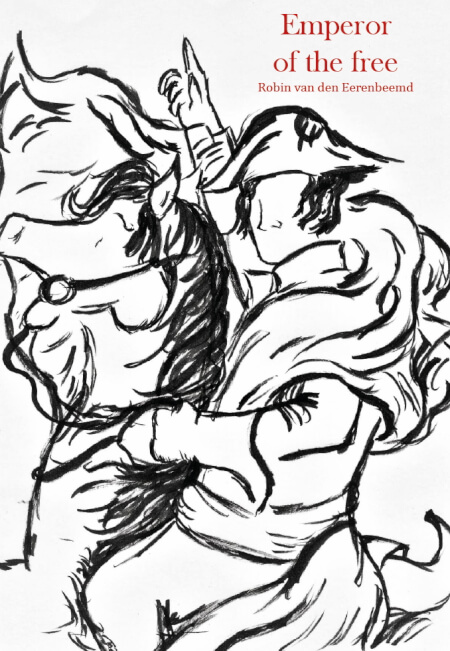 Emperor of the Free

If something of significant importance happens one usually remembers every vivid detail of the situation you were in, your clothes, who you were talking to and what you were doing. He didn’t.
It was a long month with so much exhausting news that it had all become a blur. The report one of the survivors gave him was what he remembered in the smallest details.
Brueys had been a good military man and a close friend, he was glad that he had found death in an honourable fight rather than getting lost in the water.
The soldier that gave him the rapport was a nervous man, his hands were shaking, the whole time he looked at the ground as if he was expecting to find a grand treasure there.
After Napoleon had sent him away he read the rapport numerous times. He clenched his teeth and leaned back in his chair, it was more than frustrating that his orders had been ignored. Without the fleet his task would be hard to complete. Not that giving up even crossed his mind.
The next morning he had informed all the lieutenants that the course would lead to Syria despite the minor setback.
Outside his tent he overviewed the encampment, soldiers gathered their belongings, patted each other on the shoulder to show sympathy for a fallen friend, whispered to each other. It made him feel out of place, this army showed a dejected spirit. ×