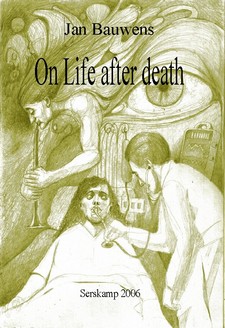 On Life after death

(...) The question whether there is life after death sounds paradoxical; yet it is not — similar to the question whether God is able to make a stone that He cannot lift: for 'life' and 'death' refer to realities differing strongly from the things that come up into our mind spontaneously. We can think about a (mere biological) 'death' that can be significant and preferable above a (mere biological) life without any signification, as already Plato stated implicitly by his saying that it is better to undergo evil than to do it, and this is true because, as Saint-Paul said, only love signifies life. The offer of one's life is uttermost preferable above the gaining of it at the prize of one's beloved ones. Moreover: life undeserved is death in such an amount that it cannot undo this death by the means of a biological death, as the Scripture states in saying that there will come a time that some will search death yet they will not find it: in those cases not (biological) death is the problem but rather its absence is. (...) ×