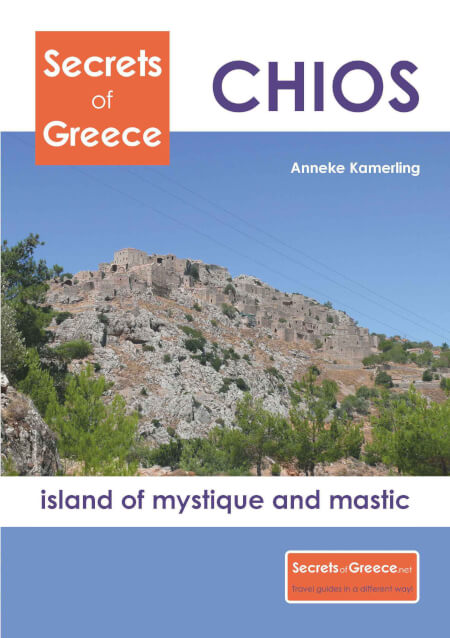 island of mystique and mastic

Chios, the island of mystique and mastic, the native island of Homer and home to some very wealthy shipowners. Chios is a versatile island with options for everyone.
Chios town, the capital of the island, is a bustling place with an attractive harbour on the east coast with a view of Turkey.
The island can be divided into three regions: Kambochora (the Kambos), Voriochora (the north), and Notiochora (the south). Each region has its own history and culture, even the landscape is quite different in each part.
The Kambos is a fertile, flat area to the south of Chios town with Genoese country houses amid extensive citrus plantations.
The south, Notiochora, is also called Mastichora. This is the area where the world-famous mastic comes from.
The north of the island, Voriochora, is rugged and mountainous with small villages, of which some are deserted. The inhabitants of this area make their living mainly by farming and fishing.
Chios has several monasteries worth visiting. The best-known of these are Nea Moni, with its famous mosaics dating from 1042 and Agia Markella, the monastery of the patron saint of the island.
The history of Chios traces back to prehistoric times. Remains from ancient times have not been found much, but entire villages have been well preserved from the Middle Ages.

Tourism has been going on since the 1980s, but it is by no means predominant. The tourist centres are mainly on the east coast, in and around Chios town, Karfas and Vrontados. Here you will find hotels and apartments in class A to E and various entertainment options, such as restaurants, bars, discos, and night clubs.
In Karfas, where one of the few sandy beaches on the island is located, there are some water sports facilities, such as windsurfing, pedal boats and water skiing.
Chios is an ideal island for holidaymakers who want to combine culture, nature and adventure while enjoying the tranquillity, the original Greek atmosphere, and the hospitality of the friendly population. ×