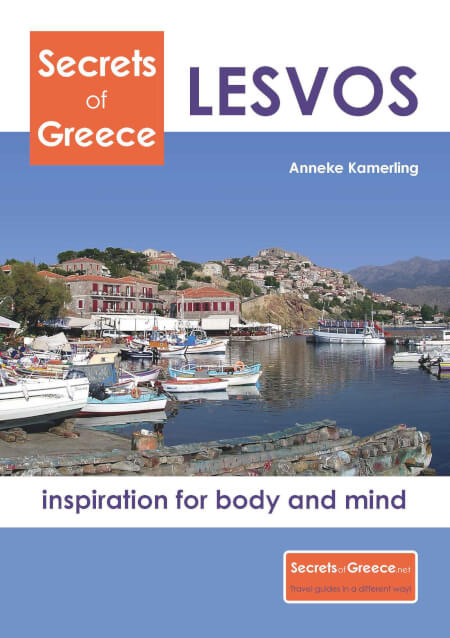 inspiration for body and mind

The island of Lesvos, also called Lesbos or Mytilene, may have been named after the hero Lesvos of Thessaly, son of Lapithos, and grandson of Aeolos, the god of the wind. Lesvos was married to Mithymna, one of King Makar's daughters. Makar is said to have been the first king of Lesvos and had five daughters: Mytilene, Mithymna, Issa, Antissa, Arisvi, and four sons: Erassos, Kedrolaos, Neandros, and Leukeppos. A number of places on Lesvos were later named after these children. Mytilene after Mytilene, Mithymna after Mithymna, and you will certainly encounter more names.
In mythology, Lesvos is mentioned several times and there are clear traces on the island of its eventful history, including a Bronze Age settlement, an ancient theatre, a Roman aqueduct, medieval fortresses, Ottoman mosques, and many monasteries and churches.
Lesvos is the birthplace of a significant number of writers, poets, and artists, including the first female poet Sappho, the philosopher Aristotle, the writer Stratis Myrivilis, and the painter Theophilos Chatzimichail. It is also the mother island of Mike Dukakis, who ran for president of the United States in the 1990s.
Lesvos has about 85,000 inhabitants, of which about 40,000 live in the capital Mytilene. Mytilene is a bustling, somewhat cluttered harbour town with a mix of architecture. Most of the villages are picturesque, somewhat hidden in the mountains or in secluded bays on the coast. The population lives mainly from agriculture, fishing, salt extraction and tourism.
There are more than 11 million olive trees on the island and approximately 25,000 tons of olive oil is produced every year.
In addition, Lesvos is known for its good quality Ouzo, and several distilleries can be found on the island.
Tourism on Lesvos has been going on for several decades. There are hotels and apartments in class A to E, which are spread all over the island. Furthermore, the island has a lively nightlife with many good restaurants and nice cafes and bars.
The island has a beautiful, varied nature and is therefore ideal for short and longer hikes. Bird watchers can indulge themselves here. There are no fewer than 250 bird species, including purple herons, storks, and flamingos.
The 370 km long and rugged coastline is dotted with beautiful beaches with pebbles, fine sand, and turquoise to deep blue waters.

Lesvos is an ideal island for holidaymakers who want to combine culture, nature, and adventure while enjoying the tranquillity, the original Greek atmosphere, and the hospitality of the friendly population. ×