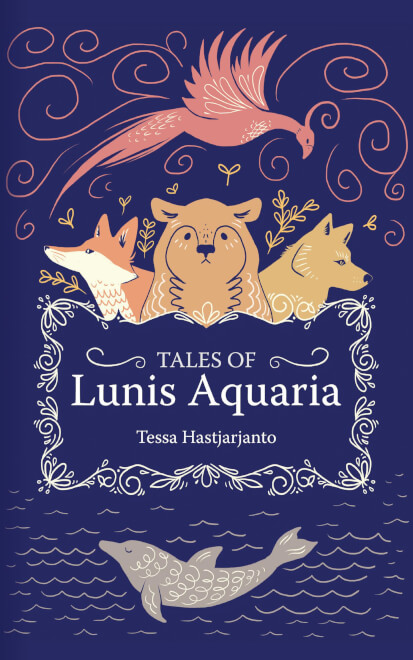 The sun is setting. The bright blue of the sky changes in a warm orange before it turns navy blue. Twilight slowly turns into night and the voices of the birds fade away.

To the West, a moon shows itself, chasing away the clouds that block its light. The tree casts a shadow in the moonlight. On the other side of the tree another shadow appears. To the East, a second moon appears from behind the mountains.

The reflection of light reveals the surface of the moons moves. It’s hypnotizing, how the moons seem to glitter.

A meow comes from the bushes and a moment later a large feline with fur as dark as night sky jumps out. The silver spots on his fur have the same patterns as the stars above.

The air behind the feline moves and changes color. The ethereal image of a woman appears without becoming solid. Her lips move as if she wants to say something.