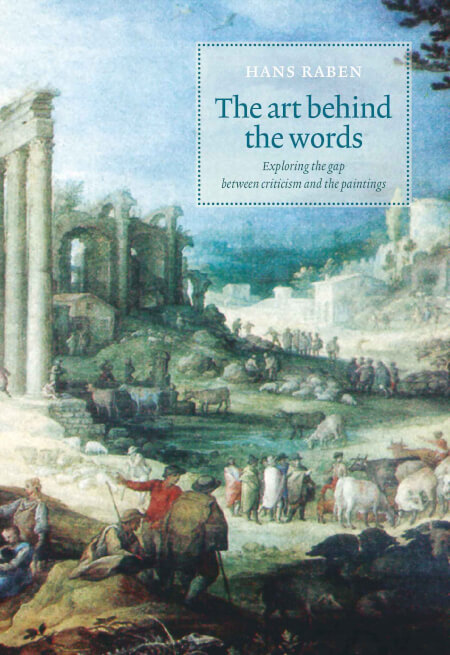 The art behind the words

Exploring the gap between criticism and the paintings

There is an inseparable link between an image and the beholder’s reaction. As an artist, Marlene Dumas even speaks of ‘an eternal struggle between words, images and gestures’. It is a phenomenon common to every age, but one that takes on many forms, depending on cultural context, personal qualities and technical possibilities. So when a few examples of this process, taken from painting in Rome of the late sixteenth and seventeenth centuries, are analyzed in depth in the following studies, the findings say as much about the background of those commentaries as about the works of art in question.
A brief review of a few historical examples of society’s reaction are sufficient to illustrate the wide variety of forms that this can take on. It is known from as far back as deepest antiquity how the naturalistic innovations in the public statues of Pharaoh Amenhotep IV
Ekhnaton (14th century bc) were rejected by the Egyptians and destroyed immediately after his death. It was to be many centuries before there was a greater understanding of the interplay between artwork and beholder. In the first place it is thanks to Pliny the Elder (ad 23 – 79) that we can gain an insight into the practice in classical Greek society. He mentions how sensitive the painter Apelles (352 – 305 bc) was to public criticism about his works that he took to skulking out of sight so that he could hear, incognito, what people were saying However, there were limits to his readiness to accept criticism, as is clear from the anecdote about the remarks made by a passing cobbler.3
This story and others like it indicate that there was a lively relationship between a work of art and criticism in those days, although we are not given a clear idea of the reasons for the criticism. The only clue is the widespread demand that depictions had to be lifelike. It turns out much later that Sophist orators like Philoctetus (c. ad 300) had developed an advanced vocabulary for their extensive descriptions of the beauty of real and above all fictitious works of art. However, those writings were intended solely to demonstrate the rhetorical skills of the authors. The beauty of the work of art in question was taken for granted. They are therefore examples of the authors’ ability to describe beauty, not of the criticism per se. [...] ×