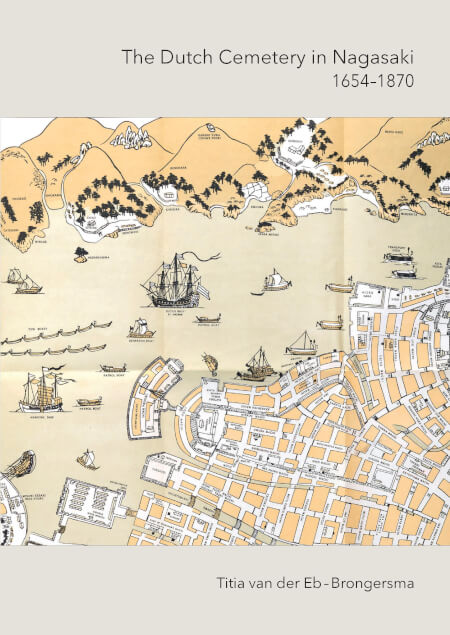 Echo of the Past

Hendrik Godfried Duurkoop: gravestone no. 28, clearly legible.
Hendrik Godfried Duurkoop, born 5 May 1736, baptised  8 May in Dornum (Ost­-Friesland, Germany), son of Hendrik Hennig Durkauf and Lucia Carolina. In June 1778, Duurkoop sailed from Batavia (Jakarta) to Japan to take up his second term as chief factor of the Dutch trading post on Deshima. He died 27 July 1778 on board of the ship ’t Huys te Spijk and was buried in the Dutch cemetery at Goshinji on 15 August 1778. The large, heavy tombstone was put in place on 4 January 1779, at the same time as the gravestone for Jan Schuts.

Philippus Braacx: gravestone no. 18, partly legible
Philippus Braacx, born 2 December 1841 in Rotterdam, son of Paulus Braacx and Elisabeth Beekhuyzen, died 9 April 1864 in the Japanese hospital in Nagasaki, unmarried. Since 1 May 1862 he was sailor 2nd class 127 (on his gravestone 3rd class) on board the screw steam corvette Medusa which took part in the first battle of Shimonoseki on 11 July 1863.
The epitaph is inscribed in various fonts.

5.3c Russian gravestones
In the Dutch cemetery are four tombs with Russian inscriptions, the numbers 17, 24, 25, and 26. There may have been five, and possibly even many more. The clearly legible epitaphs show that these gravestones were placed in 1858 for crew members of the Russian steam frigate Askol’d (Аскольд), which called at Nagasaki harbour twice during that year.

A Christian inscription on the Russian gravestones
In 1926, De Roos had the four epitaphs on the Russian gravestones in the Dutch cemetery translated by the Russian Consul.181 He copies the names, professions, dates of death, and notes that they are crew members of the Russian frigate Askol’d.
Neither De Roos, nor any of the other authors who recorded the Russian Askol’d tombstones from 1858/9, gives the complete translation of the epitaph. Not even McOmie who wrote a very detailed account of the ship’s visit to Nagasaki.
The epitaphs, with the clearly Christian text and prayer is extremely interesting and may be the oldest in Japan.