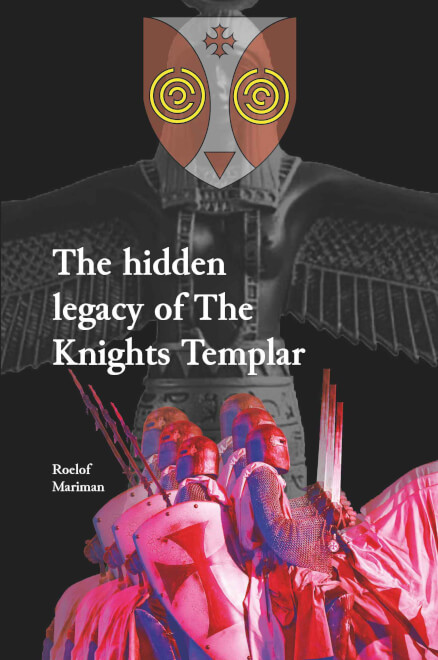 The hidden legacy of The Knights Templar

It was a happy reunion at Mareuil Castle. It seemed as if time had stood still, for no one questioned his absence, which must have lasted several days. There they all stood in a row, his sons. Helie, Raymond and Bernard. His offspring. He embraced them and together they entered the ballroom. The murmurings among the guests were hushed as the Lord of Mareuil entered with his select company.
The table of honour was festively set and situated on a platform. His chivalrous wife had already taken her seat and was visibly engaged in an animated and no doubt profound conversation with the bishop who had blessed the marriage earlier today.

The clarion call sounded. Again. It took him back in time but also reminded him of his duty as the host.
His speech was short and sweet. His words echoed in the hall. People listened attentively and afterwards they banged their right fist on the table to reinforce his words.
The servants could now start serving and frankly, it looked delicious. Arnaut had done his utmost and had carefully selected the game to be killed, that was obvious.

Aldegonde de Mauriac was not a natural beauty, but she was beautifully dressed in blue velvet and her appearance amazed many a guest. His eldest son had made a good choice and he felt reassured to think that the de Mareuil dynasty had a secure future ahead.

Nor did he worry about Bernard, who had chosen a certain path, the Way to God. However, with Raymond, it was somewhat different. In his eyes, as a Templar, he was walking a very dangerous path. Not so much because of the risks involved in his knighthood, since the Holy Land in Outremer had been all but given up and lost to the Saracens. The worry was because of the hostile attitude of his king, Philip IV, also known as the Handsome, who watched with displeasure how knightly orders such as that of the Knights Templar systematically expanded their possessions and thereby, in his eyes, undermined his royal authority. ×