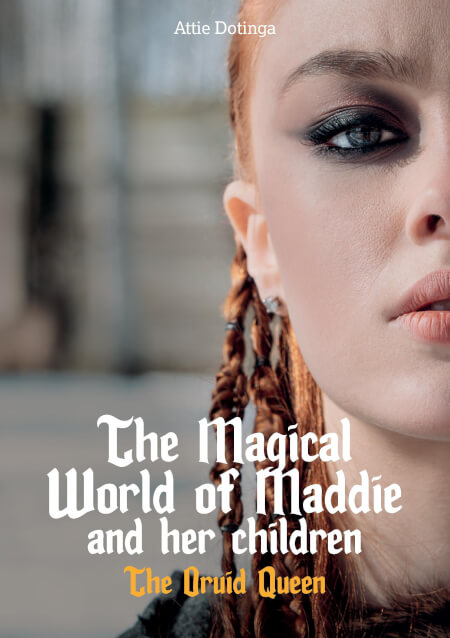 The Magical world of Maddie and her Children 7

Sweaty and tired, she walked into the bathroom a moment later.
She sensed Vardon was right when he explained that the exercises ultimately gave her more energy.
This was because energy flowed better in her body when she moved a lot, so did the magic. Morrigan turned on the shower and stepped under it. She wanted to work with magic for herself, but certainly also for Forrest.
The warm rays massaged her tired muscles.
Dressed in a bathrobe, she walked out onto the balcony.
Morrigan took in her hand the book Birdie had left behind to help her with her magic.
She was so glad Vardon had known how to tap into her magic, otherwise, she would never have known she had magic too.
He did frown when she confessed to having sex with Forrest, even though she wasn't 21 yet.
But there was no sermon, all he did was nod in understanding and secure her magic, against the interference of another's energy. Very simple according to him, because she was already almost an adult.
She was so excited to share it all with Forrest and was looking forward to doing it over the weekend. But it looked like it wasn't going to happen.
Morrigan concentrated on the book and soon the reading came naturally, her curiosity sending her flying through the text. And within an hour she had finished the book. It was time for exercises.

She dressed with a spell and smiled. It didn't take as much energy as she'd always thought. In the garden of the castle, she went to do her simple exercises.
The disappearance and appearance of objects. And then herself from the garden to the bedroom.
It got easier and easier.
She also succeeded in calling up objects from nowhere.
And with meditation, she managed to feel the energy. In nature, from the objects in the environment, but also from the people around her.
That's how Byrgids energy felt so light and fleeting. Vardon's magic was great, heavy, and yet very stable. Birdie's power was very strong and emphatic. And the castle was closed, protective, and safe.
After learning she went for a swim in the cool water of the lake.
It strengthened her arms and legs and increased the ability of her lungs and strengthened her heart.
She swam calmly with powerful strokes and enjoyed the carrying ability of the cool water. Carefully she climbed to the side.
'Nice.'
Startled, she looked up, she had forgotten to scan. Forrest was sitting on a protruding boulder half sunk in the mud.
‘I can't go in anymore,’ he said, ‘why not?’
×