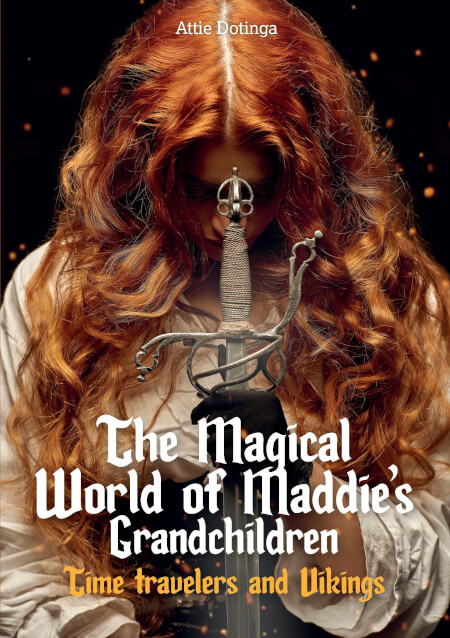 Blossom had put off going downstairs so she wouldn't have to face the fact that Jax had left with his sister. But in the end, she went anyway.
‘Are Jax and Ragna gone?’ Riff asked, looking at her.
She nodded and he saw how difficult it was for her.
For a moment he put his arm around her comfortingly.
‘I'm sure he'll be back as soon as possible. Perhaps you should put your focus elsewhere. At school or something.’
She nodded.
Heavy footsteps sounded in the hallway and Ruadh appeared. He nodded at Blossom and Riff and went to see Radha, who was stirring the soup.
She smiled because he was paying attention and he winked at her confidentially.
Then he walked back to the dining room, and then he felt Blossom's grief.
‘Is there anything I can do for you?’ he asked.
She looked at him in surprise and shook her head.
She told him that Jax was on a mission with his sister and that she had dreaded being separated for so long.
Ruadh 's bright blue eyes studied her. ‘Maybe you should reverse your feelings,’ he said, ‘you may also think it gives you time for yourself and time to reflect.’
And then he smiled.
‘Or you become a time traveler too.’
Surprised, she looked at him. ‘You can’t learn to be one, can you? Isn't that what you are through your family?’
Ruadh 's look was serious as he explained to her that in general, it was, but you could become it if that's where your heart lay. It took a lot of energy and practice. And even then it wasn't sure if you would succeed, because you had to have a certain feeling for it.
‘You are related to Raven,’ she thought suddenly. ‘Raven isn't a time traveler either.’
She looked at him searchingly. 'You are!'
Ruadh laughed, ‘Smart girl.’
A moment of pain flew over his face and she saw it, but when she wanted to scan him he stopped her.
‘Don't,’ he said, ‘whatever you feel. you can't do anything about that.’
‘Who can?’ she asked, focusing on him and yet feeling how much he suffered.
‘Who are your parents again?’ he asked, shifting her focus.
‘Storm and Sky.’
‘And Storm's parents are Raven and Maddie?’
She nodded. ‘Which branch are you actually from?’
He smiled and stood up. ‘The disowned branch.’
Blossom looked after him. What a mysterious man.
How old would he actually be? And what did he mean by the rejected branch? Weird every time she saw him she got more questions.
×