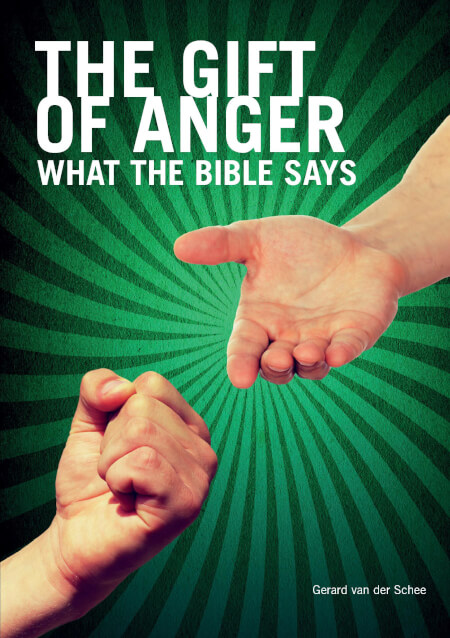 What the Bible says

From Chapter 4:
“Pastor, today you preached about learning how to handle anger towards others, but I am angry with God! I have only two more years to go before retirement, my wife and I had already planned lots of things we wanted to do, we’ve been married for forty years and I held on when things weren’t easy and now she’s in a wheelchair and the doctors have given up on her. It’s not fair!! For years I have been active in the church and served pastorally, helping others in situations like my own to find peace with God. But now that it’s happening to me I am struggling a lot because IT IS NOT FAIR!”

What would your reaction be? Not just to this man, but if you were this man? Is it okay to be angry with God? How do you do it?
In his eyes, I saw the hurt and anger of this man and in the corner of my eye I saw his wife, whom he loved so much. I really felt for him. After all the years of giving his all to his marriage, church and work, all his plans for the future had been cruelly thwarted.

At first, I was reminded of Job who, at the beginning of the Bible account, is being praised by God for his attitude of heart and way of living. Job loses everything. When his wife suggests he should abandon God he thinks her foolish, for “… shall we accept good from God and not trouble?” What a basic mindset! This does not mean that Job is not bewildered. He feels very uncomfortable and enters into a discussion with God because he thinks what is happening to him is wrong. Job lists all the good things he has done and wonders where on earth he went wrong.

Job shows anger as it often occurs, as a phase of mourning. We so need the book of Job to show us that God takes a heated conversation like this seriously. He can handle it. The conversation is given time and space; it lasts for chapters! And finally, in the end Job gets the answer that helps him go on, even though it is most likely not the answer he expected. God not only knows the length, width and depth of our life but also – and this was the focal point in the story of Job - the worldwide and spiritual dimensions of His Kingdom.

I asked the man with whom I was talking, after his remark about being so angry with God: “What was His answer?” I did not ask this piously , but out of a deep-rooted desire and belief that God will give an answer to this man personally; the answer that will touch his soul more than his rational mind. I did not offer the man the easy answer that our life is God’s, however true that is. Everyone needs to come to terms with that fact for themselves. We can only support the other in their struggle.

Jonah
It even says Jonah is burning with anger. He is fuming when he understands that God will turn back on His decision to destroy Nineveh and its inhabitants if they repent.

This Jonah, who himself had been saved by God’s power and grace when he chose to disobey God’s command. Surely, had you been his boss, you would have fired him on the spot for his attitude and short memory?!
But the Big Boss, the Lord God, is so different. He does not reject Jonah, but saves him by means of a big fish. Jesus is later to call this ‘the sign of Jonah’. As a foreshadowing of what Jesus did later as a sacrifice for our sins, so Jonah experiences a rescue operation of three days of death and resurrection. ×